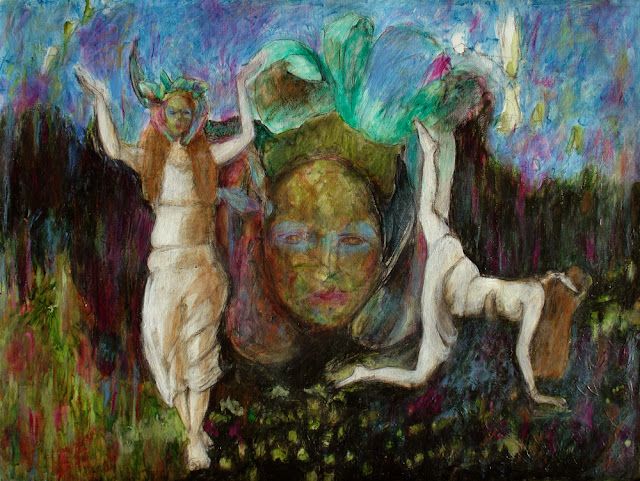 My Tangled Garden painting is finished. Or is it? I painted without have any pre-conceived notions about how I wanted the final piece to be and so I am having to accept what has transpired under my paint brush. Yet it works in the video of this painting's process that I have been concurrently working on. Can't believe I've been painting this painting for over a week! Usually I'm done in a half a day's hours, with some tinkering later.

Taking you back though memory lane below. :) And I'll subject you to a video of the process of this painting in the next week or few weeks too! Enjoy! 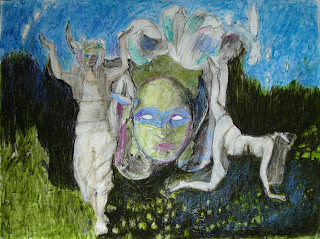 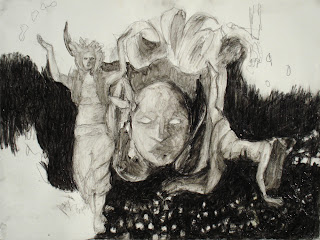 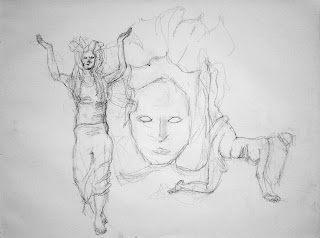 Tangled Garden, close to 900 views since Jan 25th as of this moment (unheard of for a loong videopoem featuring original poems - most videopoems maybe reach 100 views in a year), is a slow art film of a triptych of earth poems, Surreal, mythopoetic, a rhizoma of images, metaphors, explorations, philosophies (with English subtitles). -A Floral Opera (2011) -In the Hands of the Garden Gods (1979) -Slipstream, the Tangled Garden (2006) (with impromptu speaking between the poems, which each end with ~~~ in the subtitles): http://youtu.be/OG37qWh4rTM

Last Spring I had wanted to make a video with the mask and the prose poem, but it didn't happen. The video poem is from a 4 min clip of the only usable footage from a shoot in High Park in Toronto yesterday with my daughter sorta on camera, well at a distance from the tripod, but she was affecting things.

It's not too long, 2:37min, and moves quite quickly, and, perhaps it's because I'm a little light-headed after the 18hr stint editing this video, but I find it quite funny, and so it's ok if the photos make you laugh a little too.

(Currently it's uploading to YouTube and Vimeo, but you never know exactly when things will appear. By tomorrow, I expect.)

No, she's not in it. People remain adamant about not appearing in my videos, and so I apologize, it's just me.

A 59 year old woman prancing in the woods? Oh, yes, you bet. Only one jogger about my age jogged by twice, and a fellow on a bike came rather close when I was changing out of my white strapless bra into my black lace one, and if he'd had any untoward thoughts he didn't reveal them (or I'd have smacked him wearing the masque - yes I would.)

Afterwards, on the hot, humid afternoon, we went to the subway and I realized it was rush-hour, when dogs aren't allowed on public transit. So my daughter took the gear underground to the train and my dog and I walked home about 5km, which was fine, except that though I was wearing flat black leather thongs they are not my my old brown hiking sandals and so have a few blisters.

All in the name of art! (Or craziness, sometimes it's hard to distinquish.) 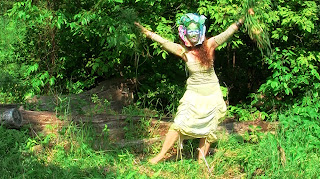 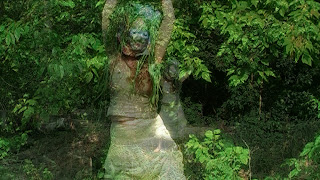 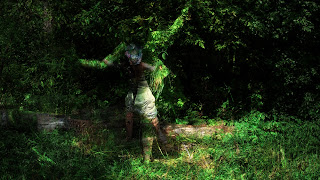 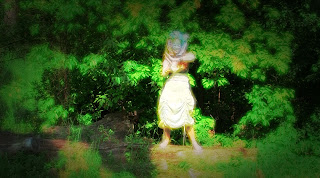