Figurative Art: 'Every Angel is terror' (Rilke) and 'Braille' 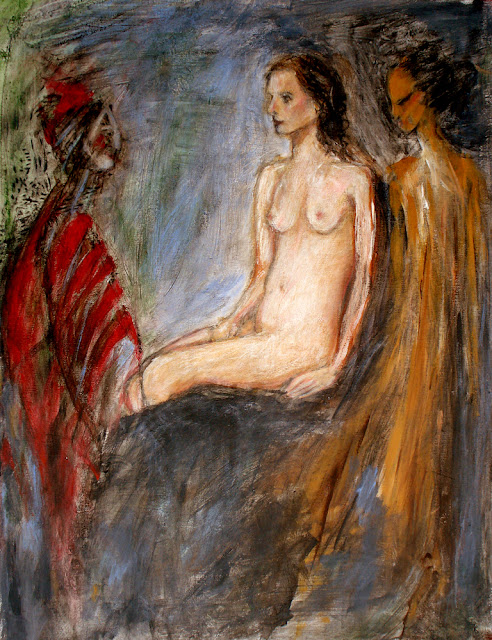 When I go to drop-in life painting sessions, which consist of 4 hour poses, difficult for the model for sure, but rather static to paint, I like to make the painting into something which can evoke a poetry in the viewer. In this painting, to which I gave a few lines from Rilke's 2nd Duino Elegy as a title, the woman has what I call Etherics beside her. In my imagination, they are preparing her for an inner visionary journey. They are tribal soul sisters caring for her. Whether this be dream, or waking imagination, or the mysterious process of art, I don't know. You will see them as you do and they will make sense in the context of your inner life. 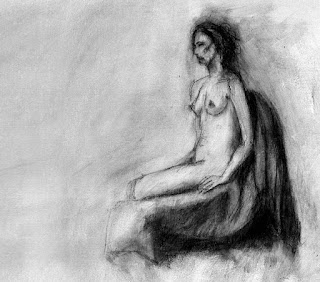 Charcoal sketch of the same model as in the previous painting, done after the painting from a slightly different angle, on primed canvas. 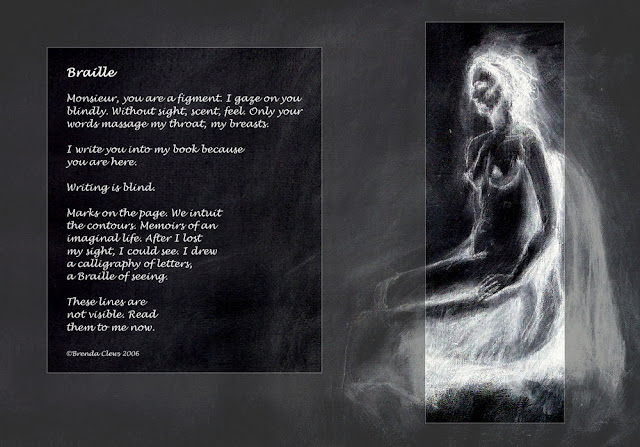 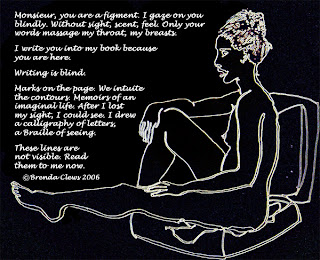 The poem, 'Braille,' was written in 2006, and the drawing was from a drop-in life drawing session that year at the Vita Brevis Studio.

The painting came first (and soon I'll add some writing from an older journal that seems to express the figures in the painting). Then, while the painting was drying, while I was still in the studio at TSA, I did a small charcoal sketch on a sheet of the canvas pad from a slightly different angle to that of the painting. Then I paired the charcoal sketch inverted so it's like a negative with a poem that is in my poetry mms to replace an older version with another model from a life drawing session, which I added to this post as well.