As if Death Were a Passion 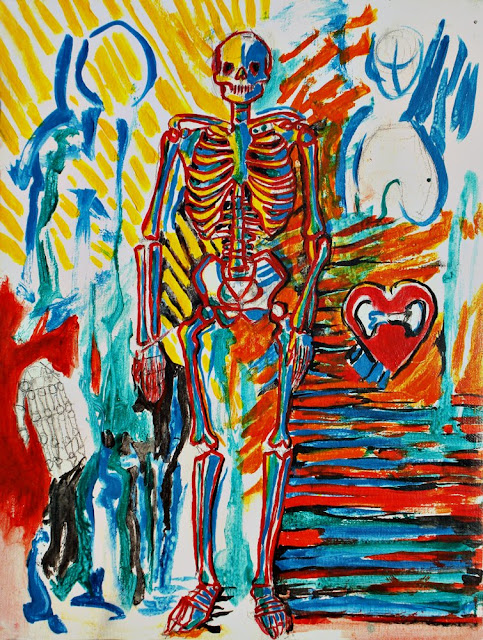 As if Death Were a Passion, Brenda Clews, 2012, 12" x 16", graphite and acrylic on triple-primed cotton canvas sheet.

the passion of death

as if death
were a passion

It's taken many weeks for me to watch this great little instructional video on how to draw a skeleton. I've never taken anatomy, so I fully appreciate teaching tools like this (thank you Kenny Mencher!). I'll have to get myself a wee skeleton at a Medical Supply store at some point. :)

I meant to take a photo before I started working it. Ah well. It's not perfectly drawn because I don't want that.

The instructional video is here: http://kenney-mencher.blogspot.ca/2011/11/video-drawing-skeleton-front-view.html?m=1 (if, like me, you'll probably watch it later do bookmark it since it's an unlisted video you won't be able to find it on YouTube without the link)

I took the photo with my iPhone 4 using Camera+ and then a Clarity filter - later I'll blog it without the filter. It's just kind of neat with the tones the filter gives it. 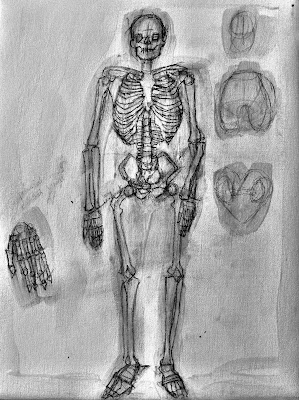